“Bitcoin 2.0”: Was XRP Created To Correct The Flaws Of Bitcoin? 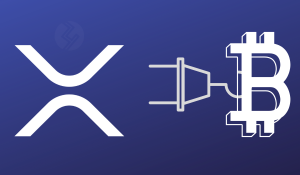 As the market recovers from the crypto winter, various crypto fans have come forward to offer their personal opinions about the current market dynamics. Of late, some people have opined that some cryptos are better than the market leader, Bitcoin. According to one tweet by an XRP fan who believes XRP is currently better than Bitcoin. The Bitcoin basher had a few points of arguments to that effect.

I left BTC for XRP because it became obvious that the XRPL was faster, less expensive, and had more txn throughput than the BTC network. The XRPL is more decentralized too. Businesses signing on almost daily to use RippleNet.

First, he argued that compared to Bitcoin, XRP has far better network speed, making it faster in transaction processing besides having more throughput than Bitcoin.

The high processing speed has endeared many financial institutions to join Ripple’s RippleNet to use xRapid and utilize XRP as the main currency for cross-border funds transfer.

However, in this regard, it’s notable that the recent launching of Bitcoin’s Lightning Network has significantly increased the network’s scalability and speed.

Buckor, the tweet poster, went on to argue that the XRP network boasts much cheaper transaction processing fees than the Bitcoin network.

Although the value of the cryptos transferred may be incomparable between the two since Bitcoin is far more valuable than XRP, Buckor’s point in regard to the fees charged per transaction might be true.

First off, everyone knows that the core operating concept of cryptocurrencies is the ultimate decentralization. While the degree of decentralization of some of the cryptos in the market may be debatable, it’s also a fact that Bitcoin was the first decentralized and secure crypto network.

As such, Buckor’s claim that XRP may be more decentralized than Bitcoin may not play out in his favor, especially considering that XRP was created by a private entity. In contrast, Bitcoin’s creator is still anonymous and does not interfere with it or its market dynamics.

Commenting on the tweet, another Twitter user said that XRP can as well be described as Bitcoin 2.0.

“I left Bitcoin for XRP because XRP was created to correct the flaws of Bitcoin, XRP is Bitcoin 2.0”

The user went on to explain that XRP was created to patch the flaws discovered in Bitcoin. However, whether that opinion holds any water is still subject to debate.

The post “Bitcoin 2.0”: Was XRP Created To Correct The Flaws Of Bitcoin? appeared first on ZyCrypto.