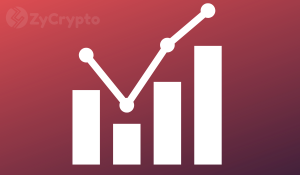 Most crypto enthusiasts believe Ripple would be able to hit $10 in the next 12 months. The Fintech company has been making some groundbreaking efforts to push cryptocurrency to the mainstream. Besides, it has also integrated its native token XRP with its major decentralized financial tools.

Predictions have been one of the major drives of crypto price. Most of these are sometimes based on the current situation surrounding the digital assets, other times, it could be just to gain popularity. This prediction is made based on Ripple’s relentless effort to establish crypto adoption at the enterprise level.

Though most people in the crypto community don’t believe this prediction can come through in the next ten years, looking at Ripple’s push and latest development, this could be a reality.

Ripple is continuously adding new clients, like banks and other major payment processing companies. Many financial institutions are also using the Ripple protocol for cross-border transfers. In the nearest future, as it continues to add more clients to its system, Ripple will be able to increase its market cap and significantly increase its token value.

Ripple is now connected to the major financial monitoring authorities like IMF, Central Banks and EU Commission. This affiliation will cause Ripple to easily link up with the commercial banks which are under the control of these financial authorities.

Other big money transfer companies may have a larger retail network but Ripple can leverage on its wholesale network of financial authorities and institutions to excel.

RippleNet is a blockchain based platform which enables faster, seamless and cheaper cross-border payment processing via decentralized applications.

Transactions can be processed in seconds via this platform, averaging 1500 per second. Though this is a far cry to Visa’s 42,000 per second, Ripple tools are expected to increase speed as more clients are signed on.

Ripple may have major competitors like SWIFT, Visa and Western Union, it also has backing from the major financial authorities.

The post Enthusiasts Predict Ripple’s XRP Can Reach $10 in the Next 12 Months appeared first on ZyCrypto.