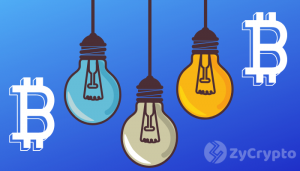 Bitcoin has extended its bullish trend after rallying yesterday to climb above $8,100. As we reported during the flash rally, Bitcoin climbed as high as $8,180 before meeting major resistance. A pullback early in the day saw Bitcoin slightly fall below $8,100 before finally climbing back to the $8,130 position.

The coin’s movement has been fairly moderate during the day which could hugely be as a result of trading volume dropping back below $19 billion. As witnessed yesterday, prices and volume could drastically change in a couple of minutes or hours and see Bitcoin gain big.

For the first time since 2015, a key indicator has signaled a long term rally. The 1-month moving average convergence divergence (MACD) last achieved a signal cross four years ago. At the time, this saw Bitcoin climb from around $400 to hit a high of $20,000 in  3 years.

A repeat of the same could see Bitcoin hit new highs over the coming months and years. Recent activity has seen Bitcoin move from $3,900 to $8,000 in three months, so if the signal is right, great things are on the way.

In recent weeks, there has been an anticipation of a major pullback but the market has shown great support. According to some analysts, this has been helped by recent bullish trends set by the likes of Litecoin (rallied by 300% in 2019), and Binance coin (rallied from $5 to over $30 in 2019).

For Litecoin, the recent movement has been fuelled by the upcoming reward halving. This positive trend could be repeated by Bitcoin in mid-2020 when Bitcoin’s reward halving is scheduled.

Despite the recent strength during pullbacks, Bitcoin could be approaching a major crossroad. Recent breaks above horizontal resistance, despite been accompanied by high trading volume, have failed to break key resistance positions. This for some traders and analysts could mean that Bitcoin might have topped.

As we reported, Bitcoin needs to get over the $8,250 resistance to signal its short term bullish trend is still on. Further down the road, $8,700 needs to come into play.

If Bitcoin does not climb above $8,250 in the days to come, sideways trading or a major pullback could see Bitcoin drop to lows of $7,000.