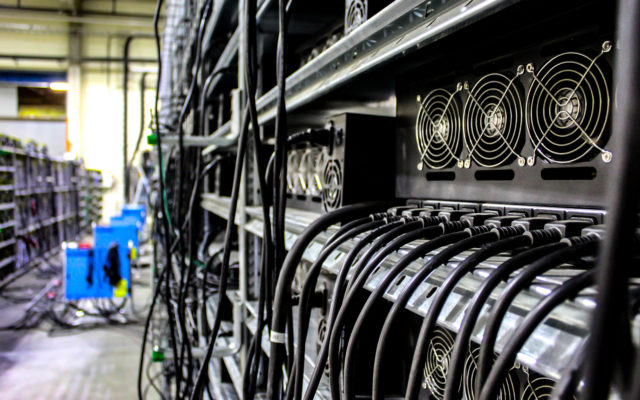 Blockstream yesterday announced a brace of new Bitcoin mining services, with an eye firmly on network decentralization. Blockstream Mining is a co-location and hosting service housed in two huge new data-centers, while Blockstream Pool is the world’s first mining pool to use the BetterHash protocol.

The Blockstream Mining product is based around two massive data-centers in Quebec and the U.S. state of Georgia. Blockstream help with delivery logistics, installation, running, and maintenance of clients’ mining equipment. However, the clients control the devices remotely via a control panel giving real-time analytics.

The two data centers account for a combined 300 megawatts of electricity supply. If fully populated with the latest mining ASICs it could provide 7.5% of the total hash power of the Bitcoin network. The service is currently aimed at enterprise and institutional clients, but will in future open up to small businesses and individuals, further improving decentralization.

Blockstream started its mining operations in 2017, concerned that certain mining rig manufacturers were becoming a centralized force. This latest expansion of the service aims to counter this by providing a turnkey solution for co-location and hosting services.

Bitcoin Mining Is Better With BetterHash

Blockstream’s other prong in its quest for improved decentralization of Bitcoin mining is Blockstream Pool. This is claimed to be the world’s first Bitcoin mining pool which utilizes the BetterHash protocol.

The BetterHash protocol allows individual miners in the pool to determine which transactions to include into newly mined blocks. In the majority of mining pools, the pool operator controls which transactions get included. This can increase the risk of potential network attacks, for example, if the operator of a large pool decides to block certain transactions.

Handing this power back to the miners means that the Bitcoin network becomes more decentralized and censorship-resistant.

The Host With The Most

Some may question whether the Blockstream Mining service is promoting less decentralization rather than more. However, Blockstream CSO Samson Mow had this to say:

If anything, Blockstream Mining serves to decentralize the Bitcoin mining ecosystem… We’re self-mining with just a small portion of our available power, with the rest allocated to customers, and we have plans to make the hosting service available to smaller miners that otherwise would not be able to mine effectively.

Outside of mining, Blockstream is also working hard to improve the Bitcoin network for everyone through its Liquid sidechain project.

Will Blockstream be successful in decentralizing Bitcoin mining? Let us know below!