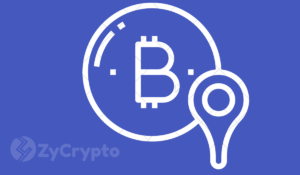 Bitcoin, the top cryptocurrency by market cap which had been highly favored by the trade war between the U.S. and China seems to have been taken by surprise. The decline in the asset’s price below $11,000 came shortly after the U.S. Trade Representative’s Office announcement. Per Office’s statement, the tariff on certain goods imported from China will be delayed.

Bitcoin’s Decline Due to Delay in Tariffs

Bitcoin’s most recent decline, on the other hand, was triggered by the same news that had caused its surge a few weeks ago. On August 1, 2019, Donald Trump said a 10% tariff would be imposed on imported goods from China worth $300 billion. The tariff on these goods was set for September 1, and some analysts had opined that it could increase to 25%.

Today, another news emerged from the U.S. Trade Representative’s Office that some selected goods will not be affected by the tariff. Some of these goods include tech gadgets such as cell phones, laptops, and video game consoles. However, it is worth noting that some goods will still be affected by the 10% tariff starting from September 1, 2019.

“Certain products are being removed from the tariff list based on health, safety, national security and other factors and will not face additional tariffs of 10 percent.”

While Bitcoin has declined in price, the U.S. benchmark S&P stock index, which had fallen by over 4% has surged. It does not come as a surprise since there is an inverse correlation between Bitcoin and the S&P 500 and as such, each time Bitcoin rises, stocks decline and vice versa. For instance, the S&P 500 surged by 1.84% and the Dow Jones Industrial Average by almost 2%.