Ripple’s XRP Current Price Decline, This Could Be the Reason 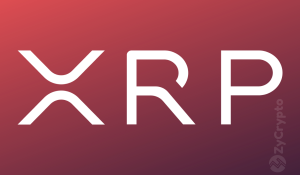 XRP has declined in price in the past few hours, and a lot of people are wondering what may have caused it. Is it due to the sudden decline in Bitcoin’s price, or is there more to it than the virtual asset is letting on? Nonetheless, a reason that can be attributed to XRP’s recent decline is the fraudulent activity in the XRP/BTC trading pair on Beaxy cryptocurrency exchange.

Currently, technical indicators show that there is a potential for XRP to trade below $0.2990 in the near term. That may be the least to worry about since there’s no saying if it won’t also retest the $0.2980 and $0.2960 levels.

Ripple Dumps by Over 60 Percent on Beaxy Exchange

On the other hand, XRP’s price has declined by over 60% on the Beaxy cryptocurrency exchange. According to the exchange, there was a $XRP partial payment exploit on August 13, 2019, and several platforms were targeted. However, it has identified the root cause of the problem and has applied a fix.

Beaxy further revealed it would be rolling back specific trades on its platform and all trades/withdrawals have been temporarily suspended. Beaxy also said that it would be taking legal action against those who had perpetrated the act.

In the exchange’s own words:

“In addition, KYC has allowed us to identify participants in this incident & pursue action against them. We feel confident we can reclaim misplaced funds. To impacted users, thanks for your support.”

Crypto Enthusiasts’ Look up to MoneyGram’s Deal with Ripple

Despite the decline and sideways trading in the XRP market, some crypto enthusiasts are still holding firm to the crypto asset. Many have opined that Ripple’s deal with a large money transfer company like MoneyGram will even be more significant than what Facebook’s Libra has to offer, and as such, it could impact positively on XRP’s price.

The post Ripple’s XRP Current Price Decline, This Could Be the Reason appeared first on ZyCrypto.