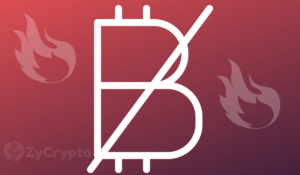 Bitcoin (BTC) has been on a slow downswing since July. At press time, bitcoin is down by 4.7% to trade at $10,854.05 as per CoinGecko. However, a former analyst at Goldman Sachs and now the Chief Information Officer (CIO) at Adaptive Capital, Murad Mahmudov, believes it’s time to look beyond this sideways trading action and focus on the bigger picture.

In the last 24 hours as bitcoin has continued to plummet, the overall crypto market has shed over 4.5 billion in market cap value. Presently, the overall market capitalization stands at $287 billion. When you zero in on bitcoin, in the last seven days, the king coin has shed roughly 8% while its market cap has fallen below $200 billion.

Murad tweeted about this bleeding crypto market observing that this is merely an accumulation phase before bitcoin launches to the proverbial moon.

“At first glance this looks like a weak chop for the next week or so, but my intuition tells me there is steady accumulation happening at these levels. Don’t try to outsmart yourself on short-term frames, zoom out and think big. In my view, BTC is going to $100k per orangecoin.”

Murad then explained that the $10,800 area will be a key support zone during this week’s trading.

“200MA/EMA/RSIbands+ Weekly support all point to 10.8 but you may get a wick at most given the orderbook support across exchanges.”

Today’s comments by Murad resonate with bitcoin perma-bull Anthony Pompliano’s insights a few days ago during an interview on CNN. Pompliano cited that bitcoin will hit $100,000 in less than 30 months catalyzed by the upcoming halving in May 2020 and central banks’ money-printing techniques.

Murad asserts that during this market chop, it will be wise to accumulate at every plunge.

“A number of confluences pointing to that level on the Daily as well. Goes without saying this is not financial advice, but if I were a betting man, I would be patiently and slowly adding at every key support,” he concluded.