Sounding Alarms: Traders Worried That Bitcoin Could Drop Below $10,000 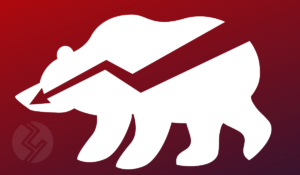 Over the last few days, the Bitcoin market has been somewhat uncertain, with the crypto swinging up and down in a scale that has many traders worried. In the last 3 days alone, BTC has depreciated from $10,960 to $10,280. That’s a pretty significant drop with such a short period.

The drop now has many traders threatened. According to some, they’re worried that the dropping trend might lead to Bitcoin dropping below the $10k level.

However, there’s still as some traders like DonAlt and Josh Rager opine that if Bitcoin falls below $10k and $9k, it still has a strong support level between $7k and $8k.

However, some traders don’t expect Bitcoin to drop below $9k, especially now that Bakkt is going live on September 23rd and also keeping in mind the market’s reaction to the downward breach.

However, some traders are still skeptical of Bitcoin’s ability to mount a serious rebound once the lower $9k level is tested. Still, there’s a general consensus that Bitcoin will grow over the longer term. In fact, a lot of big-wigs have maintained a bullish stance on Bitcoin despite the prevailing market situation.

Can Bitcoin Compete With Gold?

Despite Bitcoin’s market struggles, a lot of people are still of the opinion that the crypto is headed somewhere. Some have even suggested that Bitcoin can actually put up a strong fight against Gold as a credible store of value.

Indeed, a lot of investors, especially in Asia (mostly China), have turned to Bitcoin investments to preserve their wealth amid fears of a depreciating local currency.

The post Sounding Alarms: Traders Worried That Bitcoin Could Drop Below $10,000 appeared first on ZyCrypto.