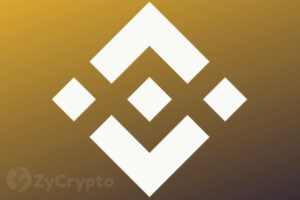 Binance, the global crypto exchange that provides access to buy or sell bitcoin and hundreds of other cryptocurrency assets, has also launched a P2P trading service on its platform.

In addition, users can now opt to use AliPay and WeChat to acquire cryptocurrencies. However, the service is only available to Android users, for now, iOS and web users to be included soon.

Binance, today, Wednesday, 9th October 2019, announced it had launched peer-to-peer trading on its platform. According to the announcement, BTC, ETH, and USDT tokens will be trade-able against the Chinese Yuan (CNY).

What’s more, those who want to want to trade their BTC, ETH, and USDT tokens will be able to do that while accepting AliPay and WeChat as payments for their tokens.

Confirming this latest addition of payment options, Changpeng Zhao, Binance boss himself, responded with a “YES” when he was asked if the AliPay and WeChat addition to the Binance platform was true.

However, further clarification showed that Binance itself as a platform does not accept these payment methods, but merchants/vendors on the P2P platform are those requesting AliPay and WeChat as payments.

“Technically, Binance as a P2P platform itself is NOT integrated with WeChat/Alipay payment, but the vendors or users on the platform accept WeChat/Alipay transaction for crypto trading,” a spokesperson for Binance told The Block. He further added that “Binance only provides the onramp for OTC trading by building an intermediary platform on which both the merchants and the users trade freely.”

Does This Mean The Chinese Are Flooding The Crypto Market Once Again?

AliPay and WeChat are both Chinese payment giants. They are working tirelessly to build a cashless China. The recent announcement by Binance seems to be good news since the most populated nation on earth now has access to buy cryptos with ease.

However, this might not be entirely true. Crypto purchases are still very much frowned upon in China. A Twitter user, @LSDinmycoffee, Tweeting in response to Binance’s announcement while elaborating on the situation in China said;

“Binance is still blocked in China, so only users with specific VPNs can actually open Binance, and WeChat/Alipay transactions are being monitored… Good news, but you make it look like the Chinese retail flood gates are about to open; this is not the case at all.”