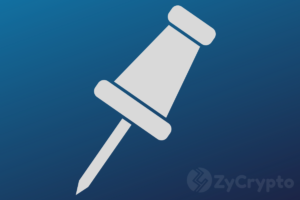 The Bank of England (BoE), the United Kingdom’s central bank, has revealed a set of rules of engagement for Facebook’s Libra as well as any other digital currencies and has warned that these new projects must follow said rules for them to be allowed to operate in the country.

According to a statement from the BoE’s Financial Policy Committee (FPC), these rules must be widely publicized and properly incorporated, long before these providers try to begin any business in the UK.

“The terms of engagement for innovations such as Libra must be adopted in advance of any launch. UK authorities should use their powers accordingly.”

While the BoE is not against the official conduct of business in the UK, the FPC believes that cryptocurrencies and other similar services, must be made to follow certain rules and regulations, to keep the sector in control and also to make sure it follows certain rules regarding its balance, capital prowess, liquidity, and insurance as well.

“The FPC judges that such a system would need to meet the highest standards of resilience and be subject to appropriate supervisory oversight.”

The rules of engagement also suggest that regulators should have access to transactions conducted via the Libra or any other cryptocurrency providers, apart from the standards of resilience. Regardless, the BOE’s FPC statement notes that the asset could be largely beneficial to the financial clime as the “Libra has the potential to become a systemically important payment system.”

The BoE’s governor, Mark Carney, has previously remarked on Libra before. In his speech at the Lord Mayor’s Banquet for Bankers and Merchants of the City of London at the Mansion House in June, Carney made a similar remark to the FPC’s position as stated. According to him:

“The Bank of England approaches Libra with an open mind but not an open door. Unlike social media for which standards and regulations are being debated well after it has been adopted by billions of users, the terms of engagement for innovations such as Libra must be adopted in advance of any launch.”

The Libra is set to launch in the first half of next year. However, skeptics believe this date might be pushed back, due to regulatory problems being faced by Facebook.