Emerging as one of the biggest bitcoin supporters out there, Ricardo Salinas made the pilgrimage to El Salvador. The billionaire took journalists Max Keiser and Stacy Herbert on a private plane to the first country to adopt bitcoin as legal tender. There, he met with President Bukele, Binance’s CEO Changpeng Zhao, and Samson Mow among others. And, luckily for us, Salinas documented the whole thing via Twitter.

What can we learn about Mexico’s third-richest person’s visit to El Salvador?

In the report’s first video we see Salinas joking in English while Keiser shows him a copy of “The Book of Max.” Notice how a full camera crew passes them by. This trip was completely documented.

Then, Keiser reports that during the flight Ricardo Salinas “outlined dozens of ways El Salvador’s new Bitcoin securities laws (working through the assembly now) can be used to make El Salvador a global financial hub and dramatically expand El Salvador’s GDP. His facility with business and finance is incredible.” These visits of capital and ideas will ultimately benefit Salvadorans.

To Max’s praise, the billionaire responded, “I’m a natural businessman… always looking for inclusive prosperity and freedom.” But praise didn’t end there, the Presidency’s Communications Secretariat welcomed him saying. “Mexican businessman Ricardo Salinas, Founder and President of Grupo Salinas, has arrived. He’s visiting El Salvador to learn about the possibilities offered by Bitcoin in a country where it is legal tender.”

To the Secretariat’s praise, the billionaire responded, “thank you very much for the kind welcome. It’s a pleasure for me to visit your country and continue learning about Bitcoin’s use.”

When the party arrives, El Salvador’s Ambassador to the United States Milena Mayorga is waiting for them. She’s had quite a week, having received Binance’s CEO Changpeng Zhao as well. In El Salvador, there’s also a professional photographer that shares these images with us:

Podcaster Stacy Herbert also posted a professional-looking video of the party’s arrival. Max Keiser shares a few words of wisdom in the end:

The billionaire posted pictures of the meeting and reported. “Today, I was received at the presidential house by the President of El Salvador Nayib Bukele. I brought him “El primer mapa de Mexico” and a balero and I received from him a Bitcoin in physical form.”

Then, the President himself provided Twitter with another set of photos. Ricardo Salinas went deep in the answer, “I am sure that only with freedom we can evolve as a civilization and I am sure that Bitcoin is the currency of freedom.”

No word yet on what the meeting was about. 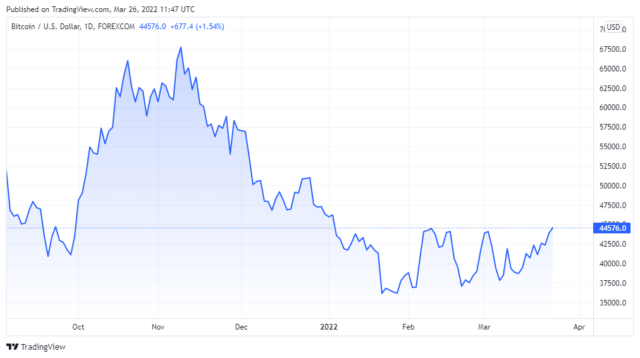 Ricardo Salinas Visits The Volcano Mine

Then, it’s Samson Mow time. The ex Blockstream shared a picture of them both inside a helicopter, about to visit the bitcoin volcano mine. Ricardo Salinas also went deep in the reply, “We continue working in El Salvador, because if we don’t try to solve it, no one is going to come to get us out of where we are.”

Then, Salinas shared an aerial view of the whole geo plant. It’s quite the operation:

Not to be left behind, Max Keiser shared a video of him and Samson Mow arriving at the plant.

The journalist takes the opportunity to praise the volcano bonds. “These bonds are over subscribed as the world scrambles for Bitcoin now that the USD has lost its status as world reserve currency post Russia/ Ukraine conflict.”

All of these billionaires visiting El Salvador. Probably nothing. Binance’s CEO and Ricardo Salinas did meet and here’s photographic proof:

Of course, there was controversy. A Salvadoran politician named Anabel Belloso accused the Government of paying for fancy dinners and private flights. Ricardo Salinas responded by highlighting his company’s logo and the Mexican flag in his plane. And shared a picture of a dinner in which were present all of this post’s protagonists except the President.

Which doesn’t mean that the Government didn’t spend public funds during those visits. However, receiving two potential billion-dollar investors is good business everywhere in the world. Plus, it’s a good sign.