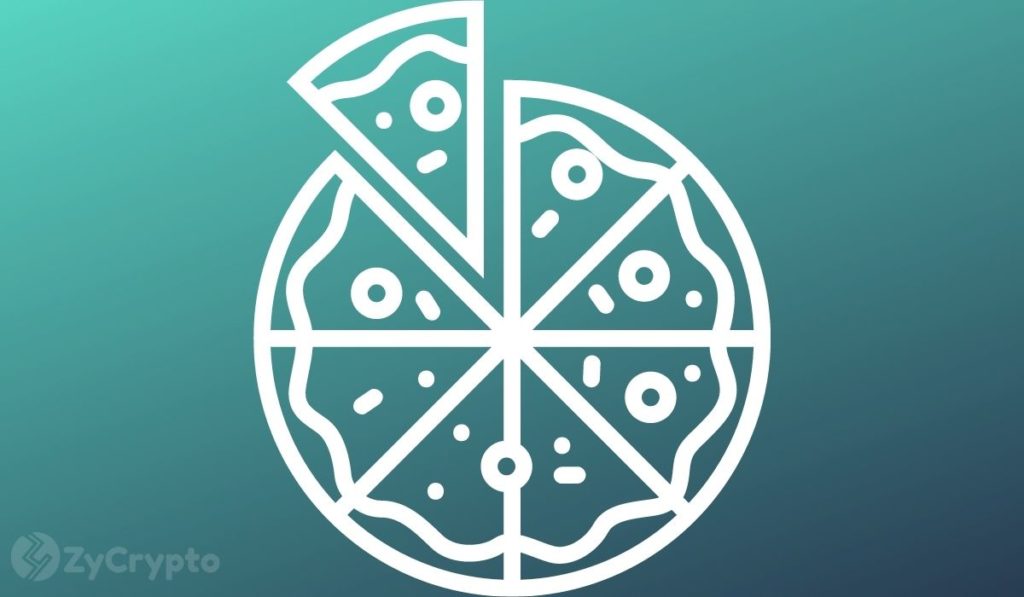 Every year on May 22, crypto communities around the world are united in remembering perhaps one of the oddest events in the history of Bitcoin.

On May 22, 2010, less than two years since the launch of the Bitcoin white paper by pseudonymous creator Satoshi Nakamoto, a Florida-based programmer Laszlo Hanyecz paid 10,000 BTC for two pieces of large Pizza, legitimizing bitcoin payments and shaping the future of crypto-commerce as we know it today. At the time of purchase, the said Bitcoins had a value of only $41.

For context, the said Bitcoin would have been worth roughly $640 million at BTC’s all-time highs last November and or about $300 million in today’s value.

Whereas at the time, Bitcoin was almost worthless and those who had some BTC only traded it amongst themselves, Hanyecz’s purchase was not only crucial in sparking the much-needed push to drive Bitcoin to mainstream adoption but it also proved that BTC could be used as a payments currency as well as a store of value asset.

In the subsequent years, Bitcoin started to pick up pace as a payment option with most people purchasing it to store value, especially after the 2013 bull run. Later, other cryptocurrencies including Ethereum would emerge, as developers sought to supplement Bitcoin’s structural shortcomings. BTC went on to grow into the largest digital asset in the world’s history after tapping the $1 trillion market valuation in April 2021.

This year, crypto proponents commemorated the event in different ways with Binance CEO Changpeng Zhao  (“CZ”) posting himself preparing pizzas yesterday in preparation for today at one of Mister Pizza’s outlets in Cannes, France.

Despite Bitcoin and other cryptocurrencies being thrust price in a downward trajectory for most of the year, on Saturday, BTC’s price managed to tap $31,000 in anticipation of today’s celebrations. Today’s price sustained above $30,000 for most of the day after and as of writing, BTC is trading at $30,010, a 2.56% upsurge in the past 24 hours with Ethereum getting back above $2,000 to trade at $2,054.