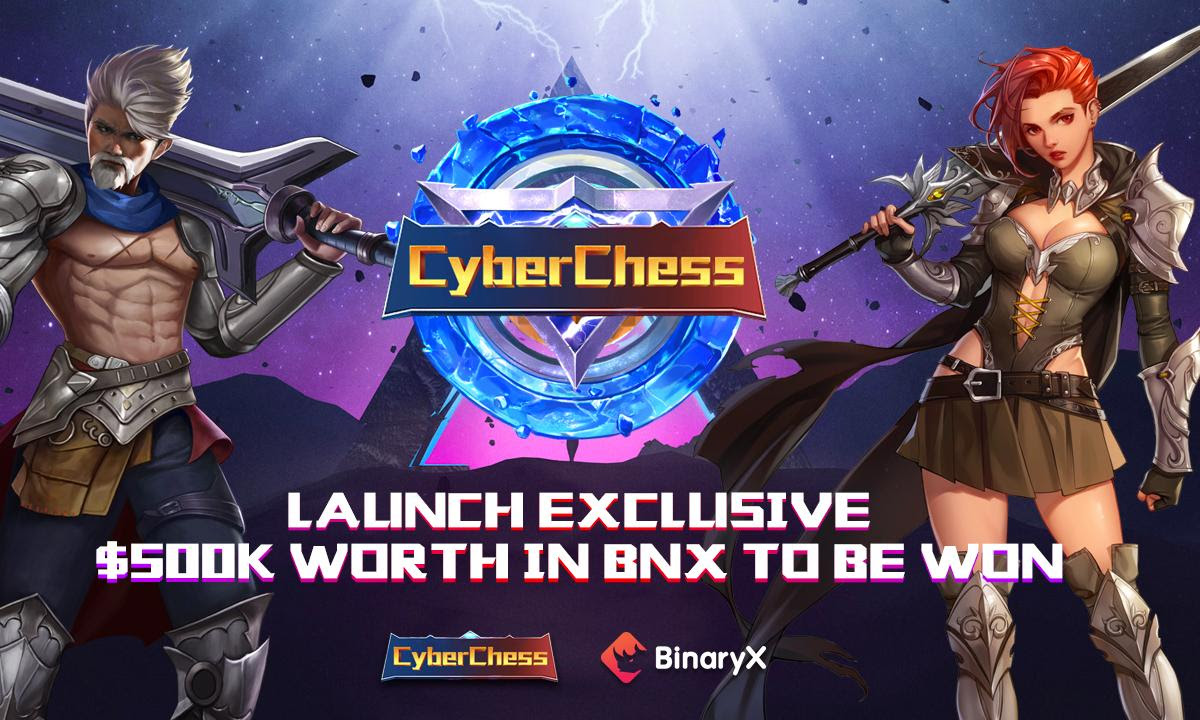 BinaryX, a GameFi gaming platform, is excited to announce the launch of the first auto chess strategy game, CyberChess, offering users on Web3 a new entry point into the world of GameFi.

In this game, players can participate in two battle modes: Arena and Ranked mode. During the Arena mode, the player battles with ther players to rise to the top of the leaderboard and to take away an attractive prize pool in BNX, the native token on the BinaryX ecosystem. On the other hand, during the Ranked mode, a player participates in player verse player matches to accumulate in-game gold.

The launch comes with a lucrative giveaway prize pool of $500,000 worth of BNX and heroes giveaway. The giveaway commences Season one of Ranked mode battle that will run for the first eight weeks of launch. Players also have the opportunity to receive BNX airdrops during this period. In addition, new players can summon five free heroes and two free skills to start their engagement with other players.

Commenting on the launch, Chun S., the global head of business development at BinaryX, had this to say:

“BinaryX created CyberChess to stand out amongst games in the play-to-earn genre. It comes with more complex gameplay, which makes the game more challenging and fun for players who enjoy traditional strategy games. We’re excited for our fans to start playing CyberChess and to immerse themselves into the new world we created.”

The BinaryX team seeks to accelerate the mass adoption of GameFi by making it more fun and challenging for players. The team is constantly working on adding more complicated features providing gamers with a solid strategy-base gaming experience that will lead to the growth of the GameFi space.

In addition to an excellent gaming strategy, the game has many advantages for the BinaryX community. The gold consumed in CyberChess will reportedly go back to funding BinaryX’s games and provide support for the DAO functionalities. The game also offers additional utility to the BNX token by offering holders a new avenue to consume in-game gold.

BinaryX is set to roll out its ambitious plans in the coming days following this launch. The gaming platform announced its first initial game offering (IGO) partnership earlier this year.

“The goal is to be a home ground for gamers, developers and investors to access and interact with GameFi. We aim to be the frontrunner in the space, and we have a ton of exciting IGO projects coming up. Launching our IGO platform is the next step.”