One of the most effective and efficient tools in achieving that goal is loyalty programs. According to Access Development, reward programs can increase a brand’s market share by as much as 20%. Nevertheless, loyalty campaigns are still far from being perfect.

Acquiring new clients costs five times more than retaining already existing, according to a study conducted by Forbes magazine. At the same time loyalty campaign can increase a company’s sales. For example, after Starbucks has implemented a reward program, it saw a record setting quarter. The program helped increase revenue to $2.65 billion, with brand executives pointing out their reward program as the main driver of such an astonishing result.

Each year more and more industries adopt reward schemes. Back in 2015,  the average U.S. household belonged to about 13.3 loyalty programs, according to statista. Nowadays, this number has increased to 18 loyalty-program memberships, whereas is only active in 8.4.

Despite the fact that rewards programs globally are extremely popular with 3.2 billion memberships in the US alone, they still lack some efficiency. About $100 Billion in reward points and miles go unredeemed by consumers. Moreover, 85% of loyalty program members haven’t used their bonuses since the day they signed up.

On the other hand, loyalty programs are not cheap for businesses as any sort of discount can decrease profit margin.

Before starting its own loyalty program, company should think about ways of showing their loyal customers its value. As an example of failed attempt, Microsoft’s Xbox live campaign must be mentioned. Starting in 2012, Xbox began rewarding their fans with 20 Microsoft Points on their birthday, which ended up equating to a mere $0.25. Small wonder, then, sarcastic snarky comments began to appear.

Additionally, firms should keep in mind that one of the basic challenges lies in the ability to determine what clients actually need. Back in 2016, Starbucks introduced a number of changes to their loyalty program. The main purpose was to motivate customers to spend more money in order to receive more rewards.

If before, you could get a free coffee every $48 spent, now you would have to spend something around $62.50 to get it. As a result, Starbucks new loyalty program failed completely.

The question must be raised: is there any way to avoid repeating the old same mistakes? Korean venture M2O believes that blockchain technology can solve existing problems. To improve loyalty rewards efficiency and usability, they have invented an M2O Pay system that converts bonus points into M2O coins that can be sold, exchanged or even traded on cryptocurrency exchanges. 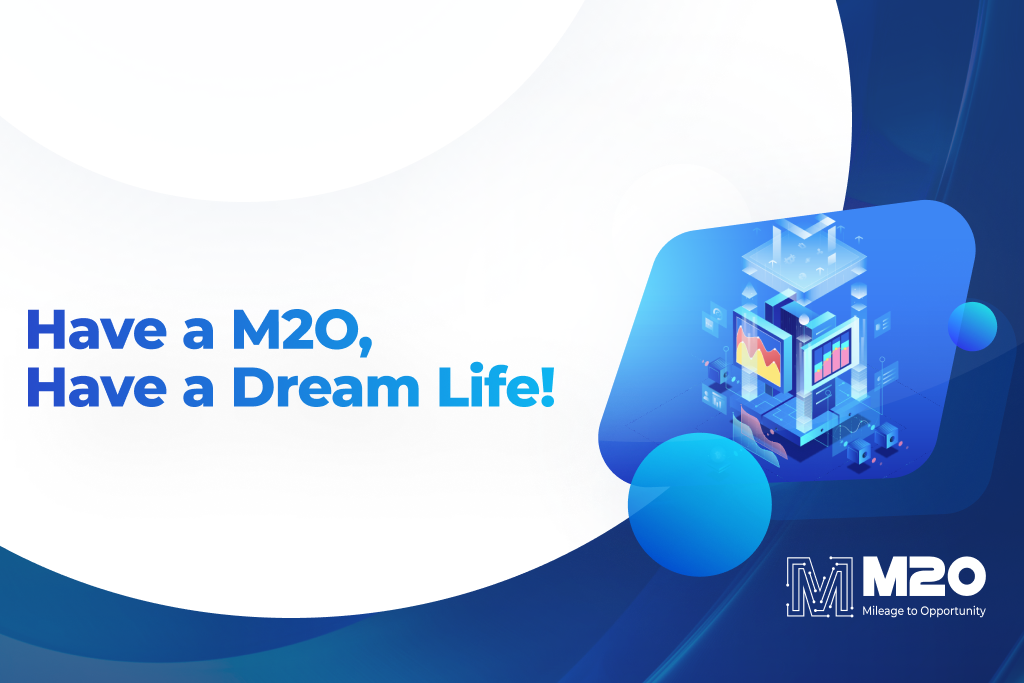 M2O will provide its users with easy, fast, and perfectly secure platform, underpinned by interlocking APIs for personal information protection and ledger management.

For small brands that often don’t have any knowledge or experience of how loyalty programs work or how to manage them, M2O offers the Payment Toolkits platform that will facilitate the usage and distribution of the bonus points. Additionally, this system will enable users to organize their loyalty points and activate the membership system when it’s needed.

It’s worth mentioning that blockchain implementation improves M2O’s platform security and immutability, so it excludes the possibility of fraud and hacker attacks. All loyalty rewards will be safely stored at M2O’s Mileage Bank.

Thanks to M2O platform, businesses will have access to the data that can be useful in analyzing how the loyalty rewards are used and what for. It will include the customer’s mileage and points spending’s, trade analysis, and outcome from ad reward campaigns.

Any business has one important rule: satisfied customers always come back and frequently share their experience with friends and family members, thus creating a natural flow of clients. Unfortunately, in the era of technology people got used to pretty much everything, that’s what brings much complexity to firms.

M2O team believes that loyalty programs are still the best tool to attract new customers and retain already existing, even though, some changes must be made. Shoppers are not very satisfied with current loyalty reward system, because they cannot freely use them. M2O platform seeks to solve that problem by implementing blockchain technology.

It will simplify the management of bonus points both for companies and shoppers,  by converting them into real assets that can be used anywhere and anytime. Companies, in turn, will have access to such crucial data, like where or what these loyalty rewards were spent on, if current loyalty program is efficient and if not, how to improve them.

M2O is working on disrupting currently inefficient loyalty program market by employing blockchain technology and its features. As a result, they are able to transform previously intangible assets into digital coin that can be freely used. With M2O Pay system, users will be able to convert their miles, points and any other loyalty reward into M2O coins. M2O token holders will be given full freedom of trading their coins as they want.